Few things these days are as heavily discussed and as easily misunderstood as Global Warming and Climate Change. Here we will seek to present the fundamentals of the theory of manmade global warming and why action related to it is so important.

The Theory of Manmade Global Warming

Before getting into some of the details, it’s worth reviewing the basics of the manmade global warming theory.

We know that the Earth has been around for more than 4.5 billion years and that, at any given time, the Earth’s climate is subjected to multiple natural influences, or forcings, from changes in Earth’s orbit around the Sun to volcanic eruptions. As a result, we know that the climate experiences many natural variation cycles, with both colder and warmer conditions. Examining Earth’s history, we know that these cycles have periodically encountered tipping points, resulting in the global environment reaching extreme conditions ranging from a planet largely covered in ice on one end to having tropical temperatures at the planet’s poles at the other.

Global warming theory is based on the introduction of a new forcing based on human activities driving up the atmospheric levels of greenhouse gases. These increased levels increase the Earth’s greenhouse effect, impacting the global climate.

Unmitigated, this new human forcing may cross one or more of the climate’s tipping points potentially making mitigation actions irrelevant. 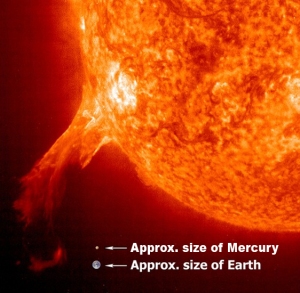 Figure 1-2: How important is the greenhouse effect when considering the Sun? CLICK TO ENLARGE

But how important is this greenhouse effect?

Looking at Figure 1-2, it’s easy to conclude that solar activity is the primary determiner of Earth’s climate. Our planet is dwarfed thousands of times over by our resident star.

However, if the Sun is the deciding factor of Earth’s climate, it should be even more so for Mercury. After all, Mercury is the planet closest to the Sun, and it’s dwarfed even more than the Earth by the Sun’s massive size.

Figure 1-3 provides a closer look at these two planets. 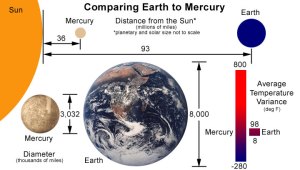 Figure 1-3: Despite being much smaller and much closer to the Sun, the temperature on the dark side of Mercury gets much colder than any place on Earth.
CLICK TO ENLARGE

Then consider the relative temperatures on the two planets.

Now let’s do a similar comparison, but a little closer to home. Let’s consider Earth’s own moon.

Similar to Mercury, our moon lacks its own atmosphere and greenhouse effect. Consequently, despite being about the same distance from the Sun as Earth, the moon’s temperature swings 500 degrees reaching temperatures both much hotter and much colder than those experienced here on Earth. 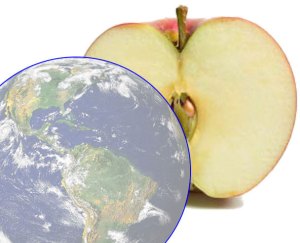 Figure 1-4: Proportionally, Earth's atmosphere is as thin as an apple's skin.

Comparing Earth to Mercury and our own moon, we begin to understand the tremendous influential role the greenhouse effect plays in moderating our climate. Without this critical property of our atmosphere, the average temperature on Earth would be about 0°F (-18°C), and, instead of the fertile blue and green planet we inhabit, our planet would be a white, frozen ball of ice floating in space.

But this powerful effect is dependent on an amazingly small amount of the gases embracing our planet. To get a better appreciation, let’s take a look at the height of the Earth’s atmosphere along with the gases that comprise it.

In Figure 1-4 you can see a depiction of our planet. The thin blue ring surrounding the Earth represents the thickness of the Earth’s atmosphere relative to the planet’s size.

By comparison, our atmosphere, so essential to our climate, is thinner than the skin of an apple.

Even then, not every gas in the atmosphere contributes to the planet’s critical greenhouse effect. The primary greenhouse gases are water vapor, carbon dioxide, methane, nitrous oxide, and ozone. But before we consider those, let’s take a closer look at the non-greenhouse gases. 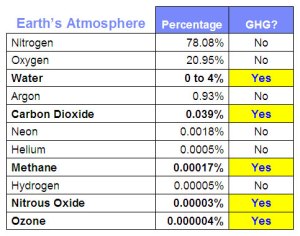 Figure 1-5: Nitrogen, oxygen, and argon, which together comprise over 99% of Earth's non-variable atmosphere, are not greenhouse gases.
Data source: Encyclopedia of Earth
CLICK TO ENLARGE

As we can see in Figure 1-5, nitrogen, oxygen, and argon comprise over 99% of the Earth’s dry atmosphere, and none of these gases is considered a greenhouse gas.

So, the Earth’s greenhouse effect, which is so influential in moderating the planet’s temperature, depends on less than 1% of the long-lived gases in Earth’s atmosphere.

Now the two primary greenhouse gases are water vapor and carbon dioxide, so let’s take a few minutes to consider each of those gases individually.

The Role of Water Vapor

From a humid rainforest to an arid desert, the amount of water vapor varies wildly around the world, making up anywhere between zero and four percent of the atmosphere. It also varies over time through seasonal changes and with height. The higher you get in the atmosphere, the drier it can become. 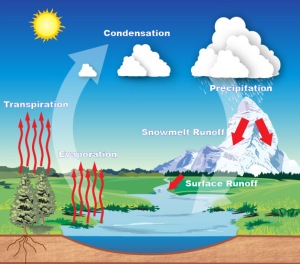 Figure 1-6: Water vapor cycles through the atmosphere in only a few days. Image credit: NOAA
CLICK TO ENLARGE

Water vapor varies so much because of how little time it spends in the atmosphere. Once emitted, water vapor leaves the atmosphere again in only a few days, preventing it from being spread evenly. We could inject huge amounts of water vapor into the atmosphere at the same time, and it would have a negligible long-term effect. It would simply precipitate back out in about a week. This very short atmospheric lifetime prevents water vapor from driving long-term changes in the greenhouse effect on its own.

But, increased amounts of water vapor can also result in more clouds. Depending on their type and characteristics, clouds can trap more heat near the Earth’s surface, reflect more sunlight back into space, or a bit of both. This dual role of clouds is one of the most complex mechanisms in the climate system.

Figure 1-7: Once emitted, CO2 mixes throughout the atmosphere and can remain there for over 100 years. Image credit: NASA
CLICK TO ENLARGE

The second greenhouse gas to discuss is carbon dioxide or CO2, a vital aspect of life here on Earth. CO2 enters the atmosphere in multiple ways including respiration, decomposition, fossil fuel combustion, and deforestation. But not all methods are equivalent. Whereas breathing in and out can only return to the atmosphere carbon that has been recently consumed in food, fossil fuel combustion releases carbon that has been stored in the Earth for millions of years.

Once emitted, CO2 is used by plants in photosynthesis and is absorbed by the Earth’s oceans and plant life. When these plants and trees die and decay, the carbon they store is released. And ice around the globe can trap CO2 and other atmospheric gases as it forms and release those gases as it melts.

While not nearly as powerful in its heat-absorbing abilities as water vapor, CO2 is considered a “well-mixed” atmospheric gas, which means that, unlike water vapor, if you measure the amount of CO2 in the atmosphere at any location on the planet or at varying heights from the Earth’s surface, you’ll get very nearly the same result. CO2 can become well-mixed because of how long it remains in the atmosphere, which can be upwards of 100 years. This long lifetime enables CO2 to accumulate in the atmosphere over time. As a result, a rapid build-up of CO2 can have very long-lasting and wide-ranging effects.

So, the climatic impact of any greenhouse gas is determined by its ability to absorb infrared heat, its longevity in the atmosphere, and its dispersion throughout the atmosphere.

Now let’s take a checkpoint of what we’ve covered so far.

We’ve seen how incredibly thin the Earth’s atmosphere is, and, comparing Earth to Mercury and its own moon, we’ve seen the vital role the greenhouse effect plays in determining the Earth’s climate. Looking at Earth’s atmospheric composition, we’ve seen that this vital greenhouse effect is driven by less than 1% of the Earth’s atmosphere and that the impact of an individual greenhouse gas is determined by a combination of its characteristics. Focusing on water vapor, we know that, while it is a very powerful greenhouse gas, its short atmospheric duration makes it incapable of initiating long-term changes in the climate. CO2, on the other hand, can remain in the atmosphere for over a century, enabling it to accumulate and have a very significant long-term impact. This long atmospheric lifetime of CO2, coupled with its widespread dispersion, results in worldwide effects. These characteristics of CO2 enable it to be a primary driver of long-term changes related to the greenhouse effect.

How humans impact this effect will be the subject of our next section.

Continue to “Part 2: The Human Impact”